Step right up, Step right up! The show is about to begin as we explore the world of the circus and those who made and make a magical place to visit.  The tradition of the circus has a long incredible history as we learned from last week, but that history lesson is not over today as I will make it point of how history and even film has influenced the circus.

It has been a while since we last visited the circus and now, we must continue our journey. With the holidays, elections and the civil war taking place it got quite busy but let’s back to it.

The last time we left off we took a look into the world of wild animals and the importance they played in the circus. Many of the animals that have been used included Elephants, Lions, Tigers and bears oh my, I am sorry I had too (jk).  But in all seriousness these animals were incredible parts of what made the circus great, but today are almost non-existent in the United States, unsure if animals are still used in Europe and or Asia or other parts of the world. Activist like PETA have made it made it almost impossible to a business like the modern circus to survive although there are a few main circuses, but those acts focus on human abilities, Pyrotechnics, lights and other forms of imagery to get our attention.

The Elimination of Animal Acts

I was not easy to just eliminate animal acts or the use of animals as we look deeper there were also called Menagerie. Menageries took place in the 19th century in the United States were exhibited in separate tents and audiences passed through them before going to the main performance in the “Big Top”. The beatifically carved wagons that held the animals lined the perimeter of the tent. The elephants formed a line around the end of the tent, followed by the other uncaged animals such as camels, llamas, bison and zebras. Many of the large circuses had extensive collections that included exotic animals such as Rhinos and giraffes.

Menageries and the Wild West

In addition to Menageries there was one last type of act that include animals in the 19th century which included the wild west shows. Circuses in the United States exhibited in large fields surrounded by bleachers that were protected by a canvas canopy. Typically such shows featured native American ceremonies; cowboys who engaged in bronco busting, roughriding, roping and sharpshooting. Although Barnum had added such exhibitions early as 1876, the credit should go to former Calvary scout Wild Bill and his partner W.F. (Doc) Carver. In addition to the famous riflewoman Annie Oakley, “Little Sure Shot”  gained her fame as the star of the Wild west shows. 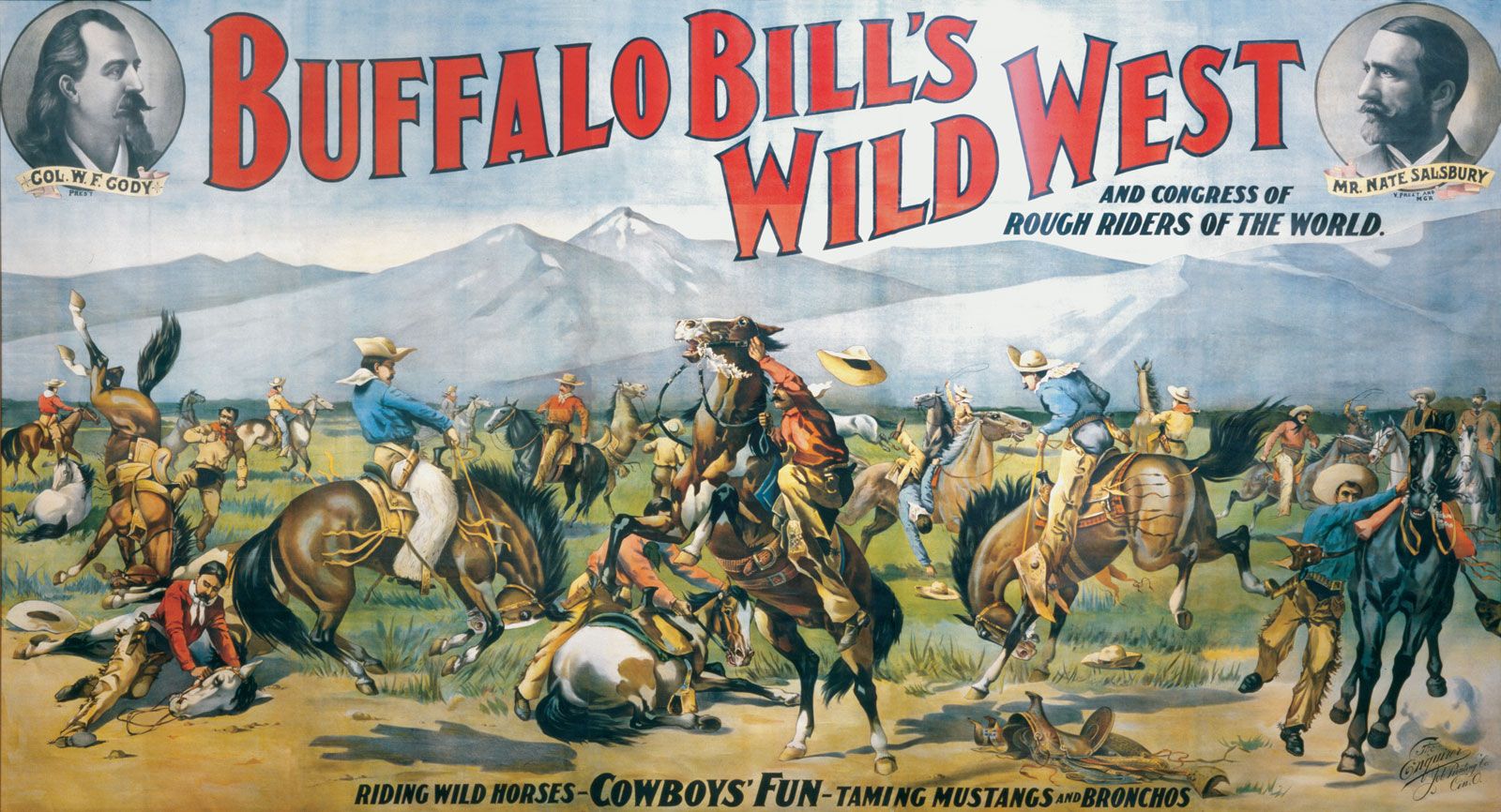 Entertainment was the game and, in the 19th,, 20th and 21st century it continued, although many acts disappeared such as Wild West shows, Menageries and even side shows eventually leaving animals, clowns and of course music.  But one of the standing attractions that lasted well into the 20th century included the Side Shows or so-called freaks. In keeping with tradition lets continue the biography into the famous Elephant Man also know as Joseph Merrick. Last time we left off we dove into the beginnings of Joseph Merrick’s life, his hardships and his place in society which had dramatically changed over the years always on the brink of impoverishment.

Now that the Merrick was admitted into the hospital, Treves had time to conduct a more thorough examination. He discovered the Merrick’s physical condition had deteriorated over the previous two years and that he had become quite crippled by his deformities. Treves also suspected that Merrick now suffered from a heart condition and had only a few years to live. Merrick’s general health improved over the next five months under  the care of the hospital staff, although some nurses were initially upset by his appearance, they overcame this and cared for him.

The problem of his unpleasant odour was mitigated through frequent bathing and Treves gradually began to understand Merrick’s speech. The question of Merrick’s long term care had to be addressed and was so by Francis Carr Gomm, the chairman of the hospital committee which had supported Treves in the decision to admit Merrick, but was unsuited to care long term due to his incurable deformities and needs.

Carr Gomm contacted other institutions and hospital more suited to caring for chronic cases, but none would accept Merrick.  Writing a letter to The Times, printed on December 4, outlining his case and asking readers for suggestions. The public response-in letters and donations-was significant and the situation was even covered by the British Medical Journal. Due to the great response with financial backing of many donors, Gomm was able to make a convincing case to the committee for keeping Merrick in the hospital.

It was decided he would be allowed to stay there for the remainder of his life. He was moved from the attic to two rooms in the basement adjacent to a small courtyard. The rooms were adapted and furnished to suit Merrick, with a specially constructed bed and at Treves instruction no mirrors.

Merrick settled into his new life at the London Hospital. Treves visited him daily and spent a couple of hours with him every Sunday. Now that Merrick found someone to understand his specch, he was delighted to carry on long conversations with the doctor. Treves and Merrick built a friendly relationship, although Merrick never fully confided in hi. He told Treves that he was an only child and Treves had the impression that his mother, whose picture he carried with him had abandoned him as a baby. Merrick was also reluctant to talk about his exhibition days, although he expressed gratitude towards his former managers. In time Treves discovered the Merrick was not intellectually impaired.

Treves observed Merrick to be very sensitive and showed his emotions easily. At times, Merrick was bored and lonely and demonstrated signs of depression. Having spent his entire life segregated from women, first in the workhouse and then as an exhibit. The women he met were either disgusted or frightened by his appearance. His opinions concerning women were derived from his memories of his mother and he read in books. Treves decided that Merrick would like to be introduced to a woman that would help him feel normal.

The Women in his Life

Treves arranged for a friend of his to meet Merrick named Ms. Leila Maturin, a young and pretty widow. Agreeing to meet Merrick with fair warning about his appearance going to his room for an introduction. The meeting short as Merrick quickly became emotional. Later telling Treves that Maturin has been the first women ever to smile at him and to first shake his hand. She kept in contact with Merrick and a letter written by Merrick to her, thanking her.  This first experience of meeting a women, though brief instilled in Merrick a new senses of self-confidence. He met other women during his life at the hospital, and appeared taken with them all. Treves believed the Merrick’s hope was to be live at an institution for the blind, where he might meet a women who could not see his deformities.

This was one of the first real experiences Merrick encountered in his life where he was treated humanly helping him feel normal for a moment. The story continues with Merrick and we pick up the rest of his life in the next chapter of his life. For many of you out there you may know what ultimately happened to Merrick, but its so important to document his life regardless if its been told over and over again. Stayed tuned on the rest of his life and thank you for joining me once again as we look into the life of Joseph Merrick, AKA the Elephant Man.

7 thoughts on “Series Feature #12 Life in the Circus from Yesterday to Today! – Joseph Merrick (The Elephant Man) – Part II”

This site uses Akismet to reduce spam. Learn how your comment data is processed.